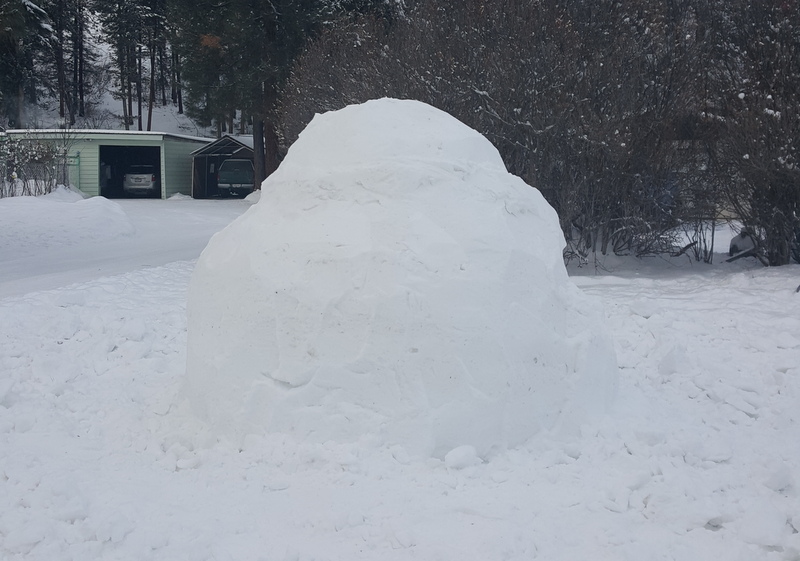 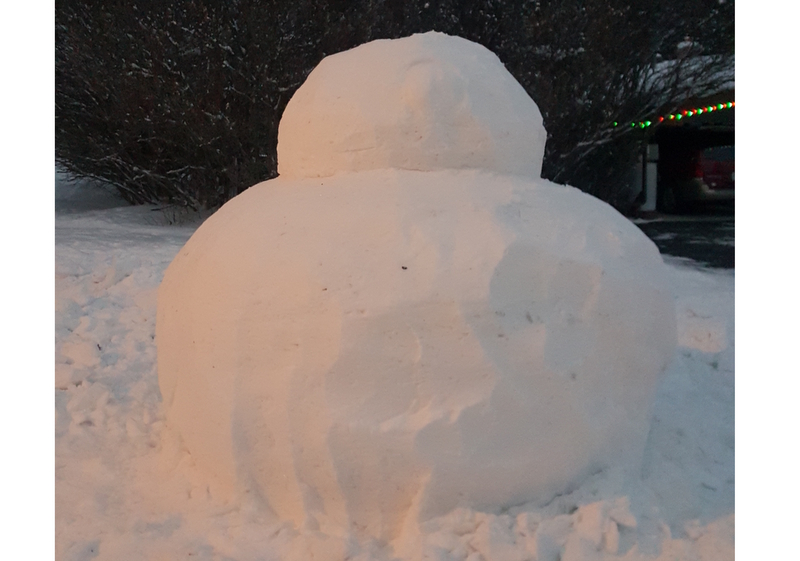 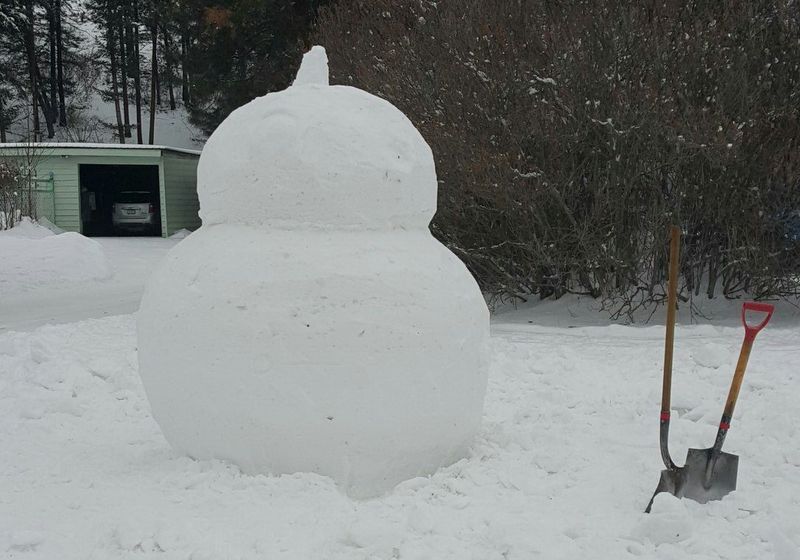 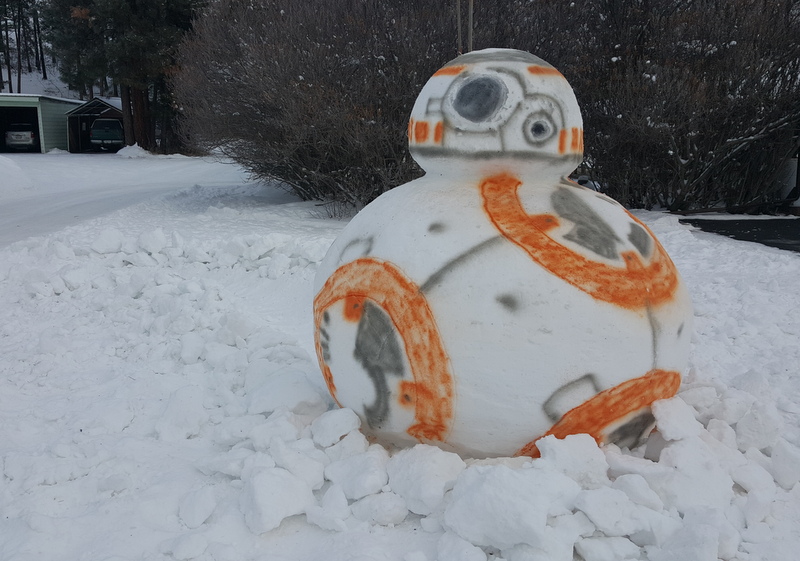 I enlisted some help to make this snow sculpture. My brother Dan and my friend Erik both helped with piling. Two snowblowers and a third set of hands made the piling a much faster process than in previous years.

After considering a variety of ideas, the BB8 droid, from the recently released Star Wars movie, was selected since the relatively straightforward shape fit well with my timeline.

Achieving the right shape and proportions was challenging at this scale, so frequent pauses were used to step back and reassess the shape. Erik helped with a lot of the rough shaping and snow moving.

A simple string compass was used to help mark the final details of the round elements. The final touch was to add some color and details using spraypaint.

As an added touch, the various chunks of waste snow were used to form a trail in the yard to make it appear as though the droid had rolled up from the alley to the left.