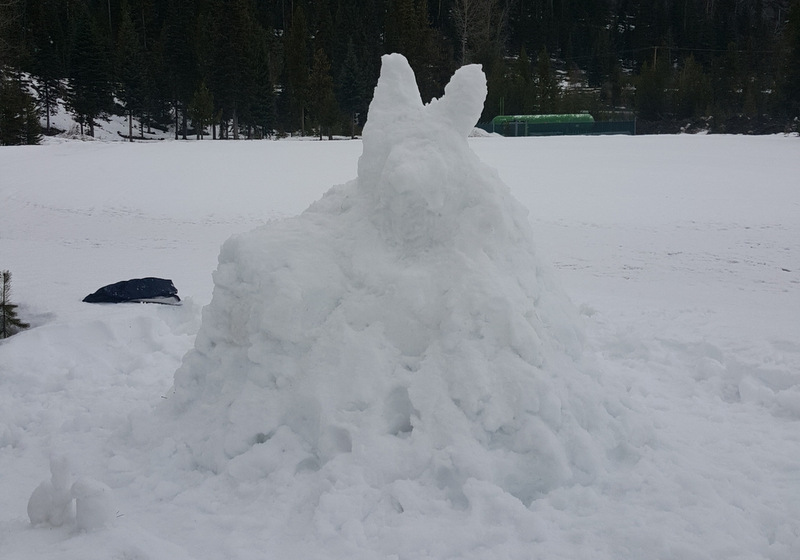 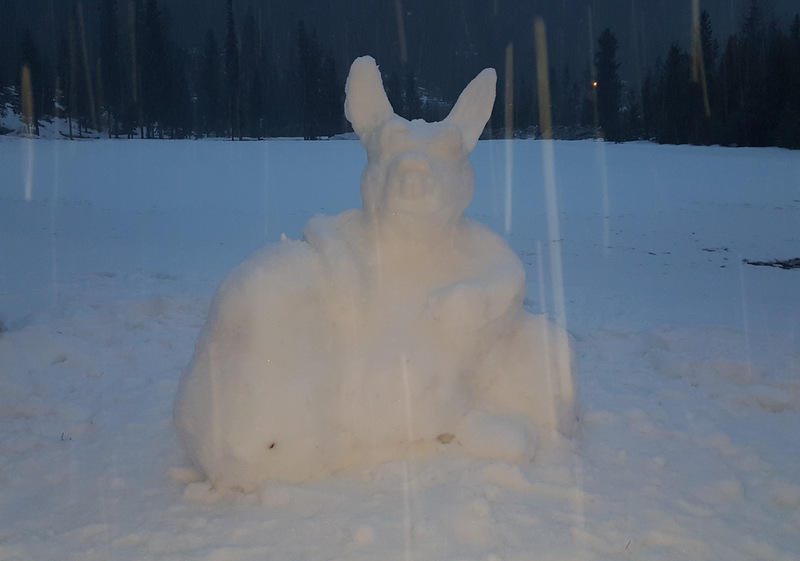 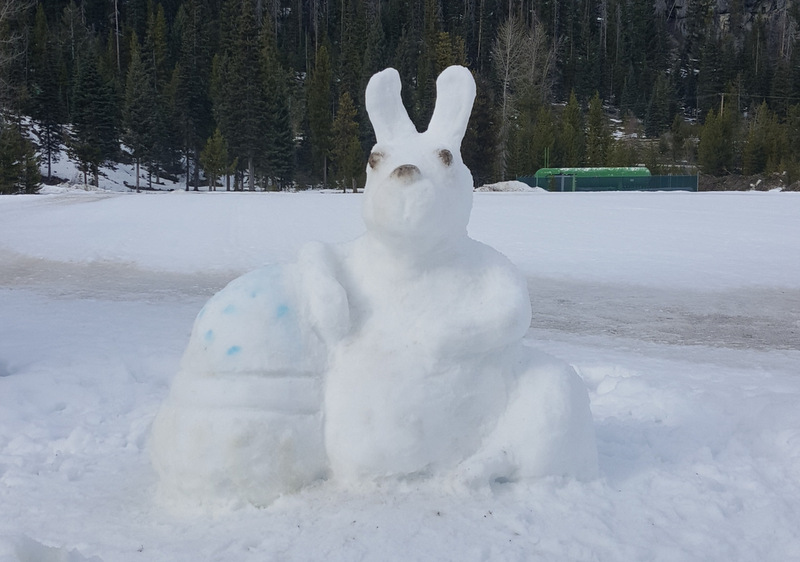 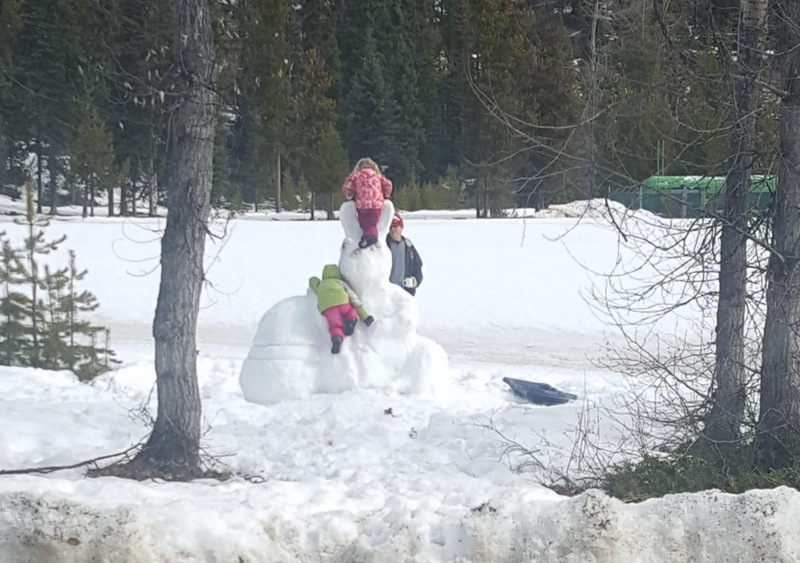 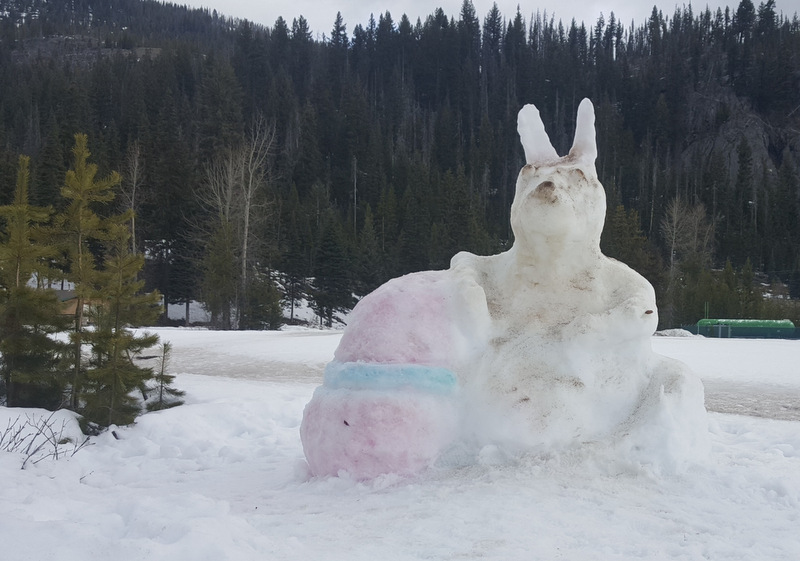 This was a first for me - making a snow sculpture in April! We spent the Easter Weekend at Manning Park Resort in Manning Provincial Park. Plenty of remaining snow up in the mountains and some spring snow flurries provided more than enough snow.

I made the pile for this one using my collapsible snow shovel. Thankfully the snow was pretty wet, so I was able to do add a fair amount of snow by packing it on. I roughed out a few concept models in snow before starting the main carving. Without internet access, it was a much harder to get some source material to base it from. At the end of the first session, it had the rough shape of a rabbit, with some distinctly kangaroo-like features. I enlisted the help of my friends to sketch some rabbits on paper and that helped clarify the necessary changes.

The long, slender ears were definitely a challenge and required a few iterations. They were the most susceptible to the spring sun, and had to be fixed or replaced a few times over the course of the weekend.

I experimented with some leftover coloring from some other snow artists to color the egg. I also made some natural dye using boiled down beet trimmings. I thought that leftover coffee might work as well, but it didn’t. Lesson learned.

One of the neatest parts was seeing the enjoyment of the other guests at the resorts. There were quite a few kids around, and it was nice to see them enjoy the sculpture.