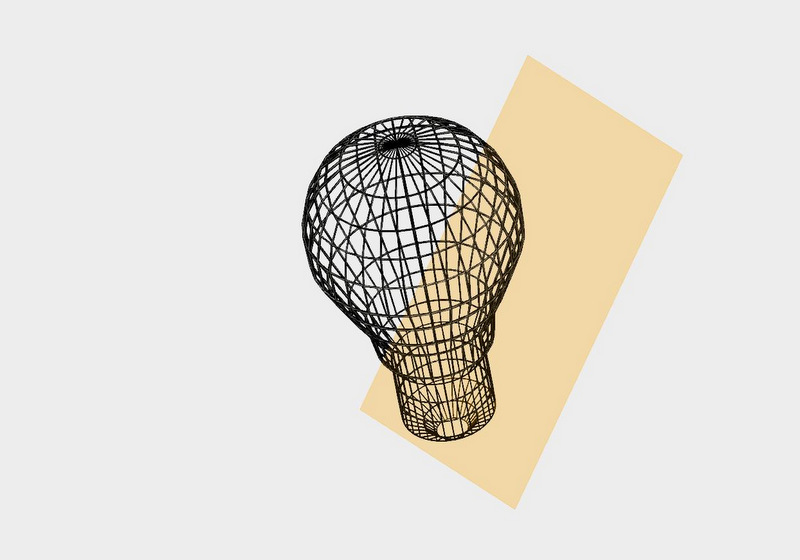 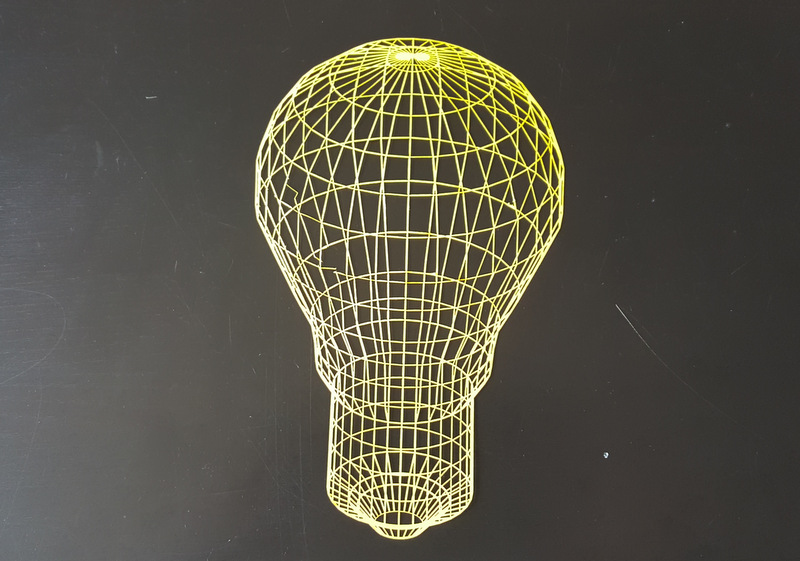 I had seen some wireframe lamps and paper in a few places and wanted to see if I could figure out my own workflow to make my own design.

After a little experimenting and some research, I used Blender for modeling the mesh and Autodesk Fusion 360 for generating the projections and cut files, and finally Inkscape for some vector cleanup.

For this design, I started by modeling the light bulb in Blender. After adjusting and tweaking the mesh, I applied the wireframe modifier. I then exported the mesh as an stl.

The stl mesh was imported into Fusion 360. I setup a plane with the proper viewing angle and projected the mesh on to it. I then exported this sketch as a dxf.

The final step was to import the dxf into Inkscape and do a final touch up of any strange lines.

I then laser cut the design out of cardstock using the laser cutter at Vancouver Hack Space.